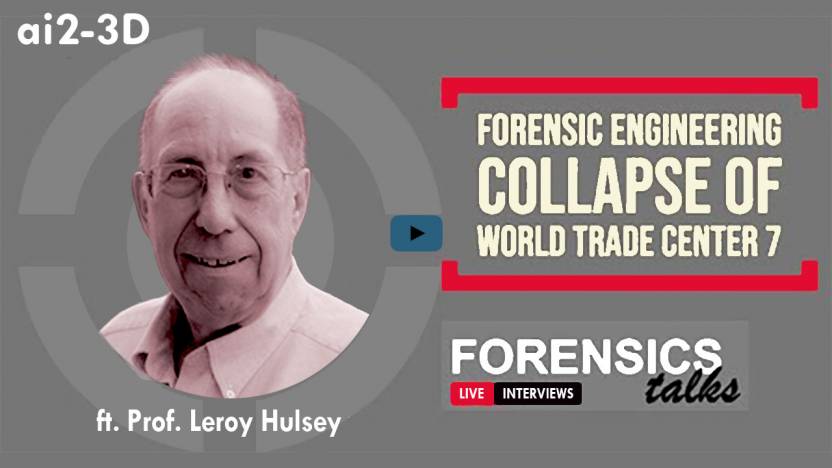 Forensics Talks host, Eugene Liscio from Ai2 - 3D talked with Dr. Leroy Hulsey. He is a Professor Emeritus at the University of Alaska Fairbanks who has been investigating the failure of the WTC7 building which was the third building to have collapsed on September 11, 2001. A recent study from Dr. Hulsey and his colleagues from the University of Alaska Fairbanks challenges the official explanation from NIST. Dr. Hulsey explained to us his findings from his 3 year study of the collapse of WTC7.